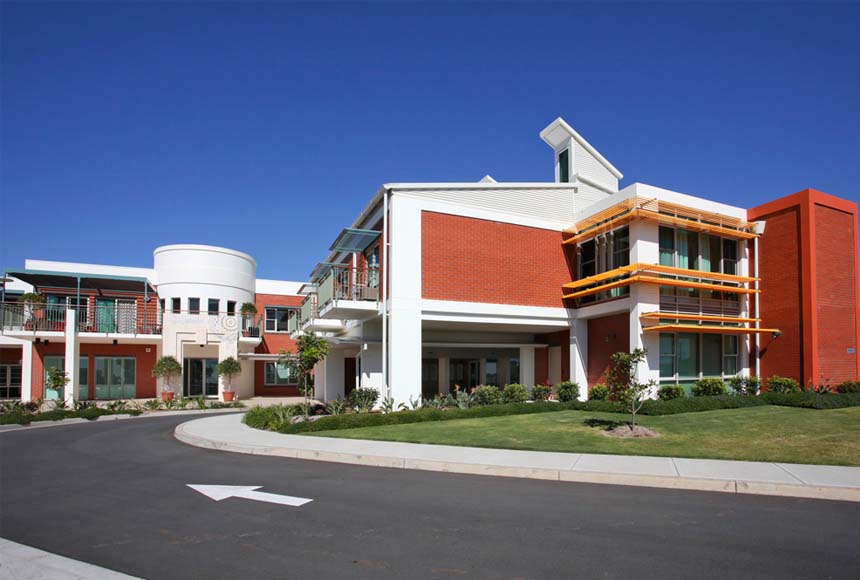 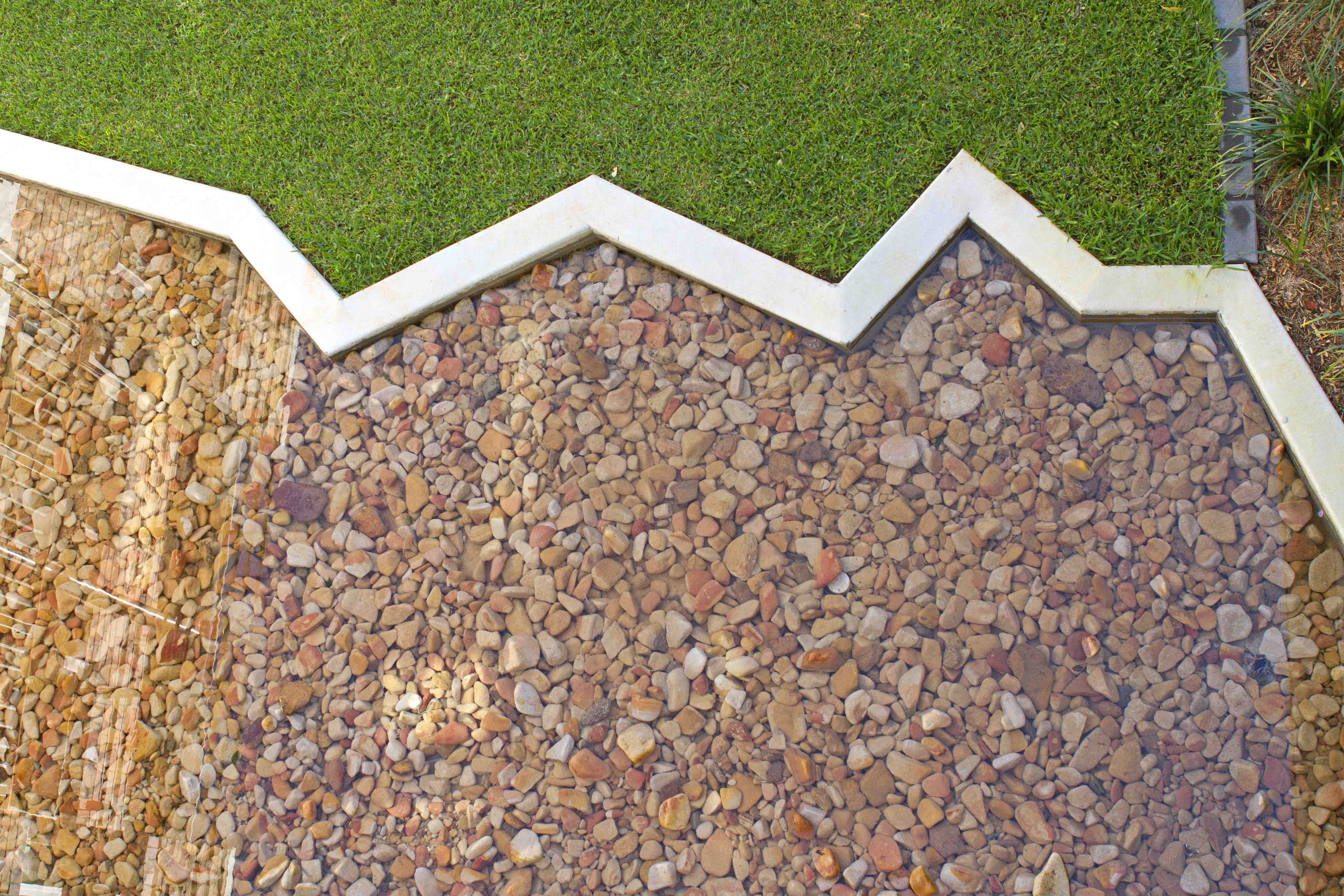 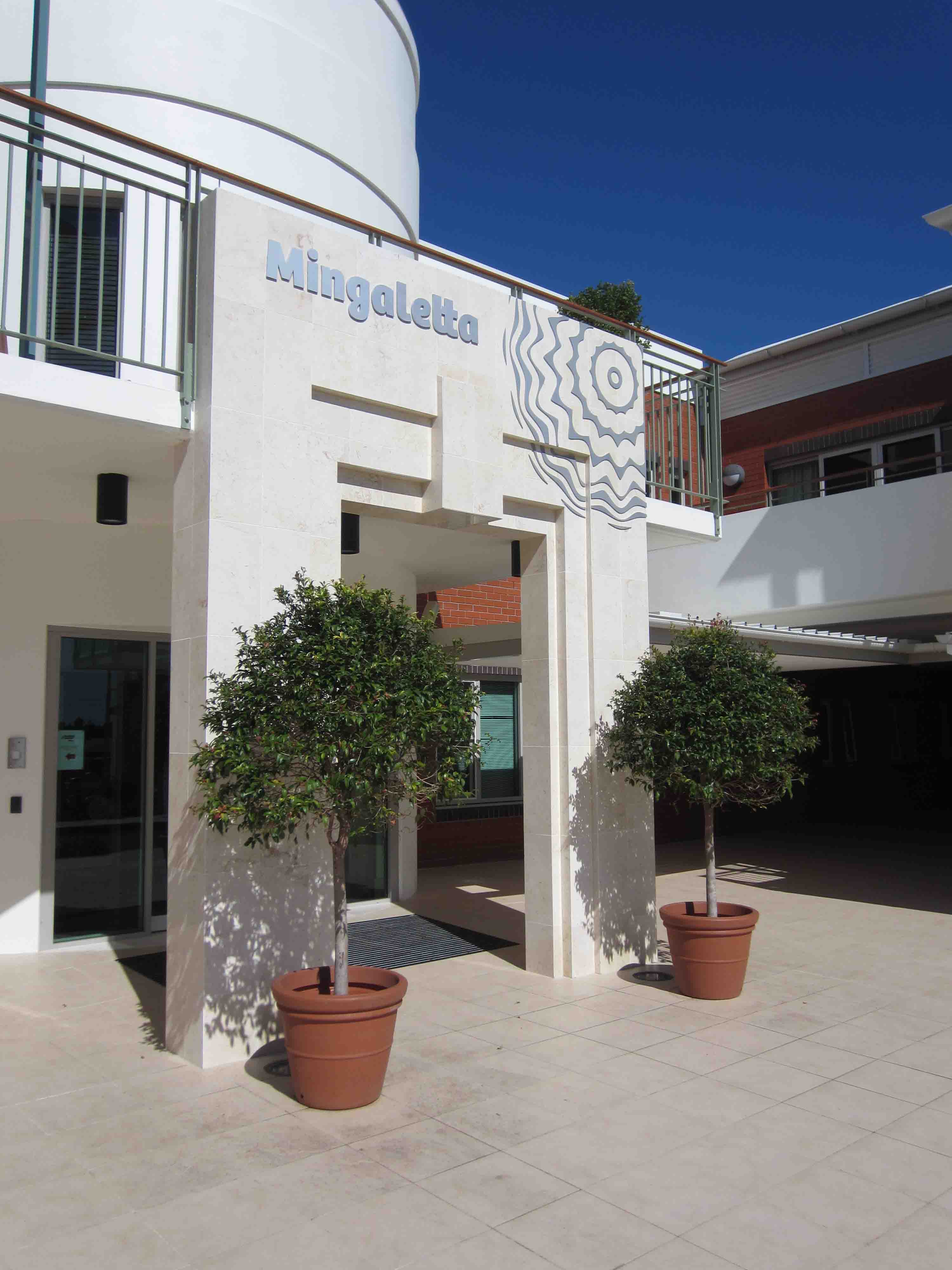 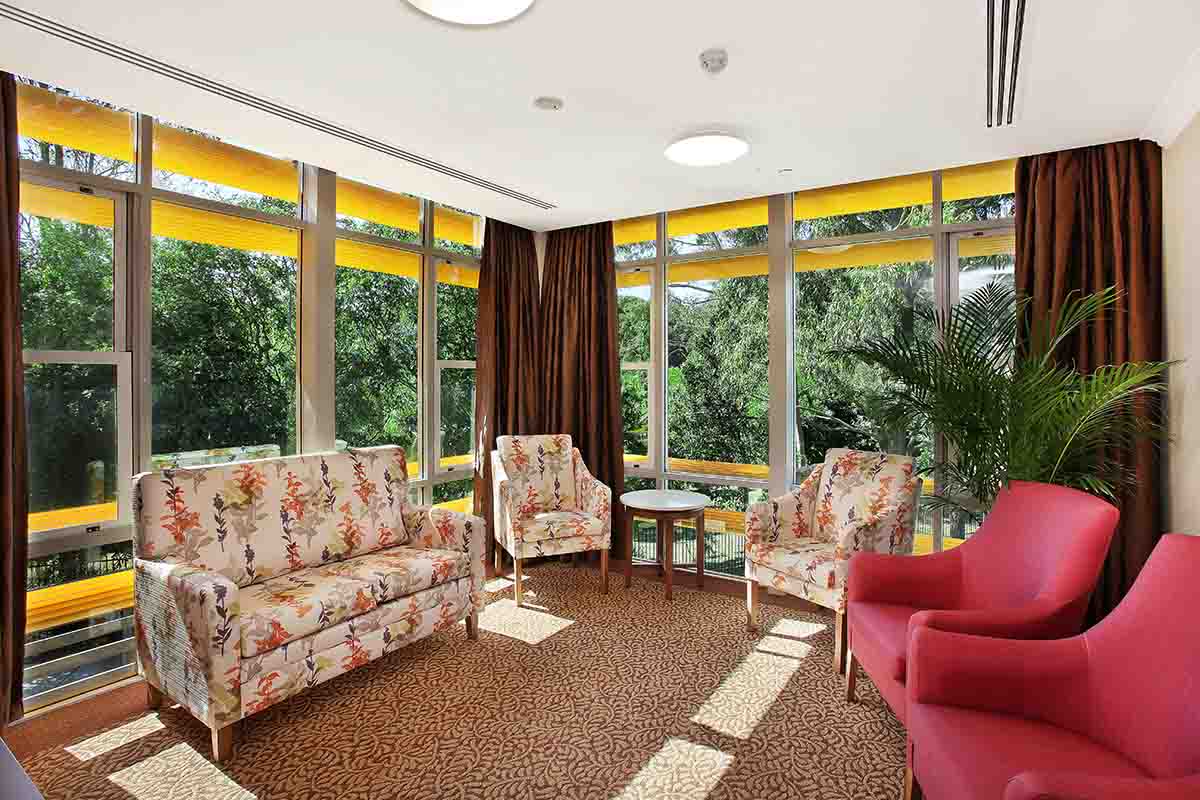 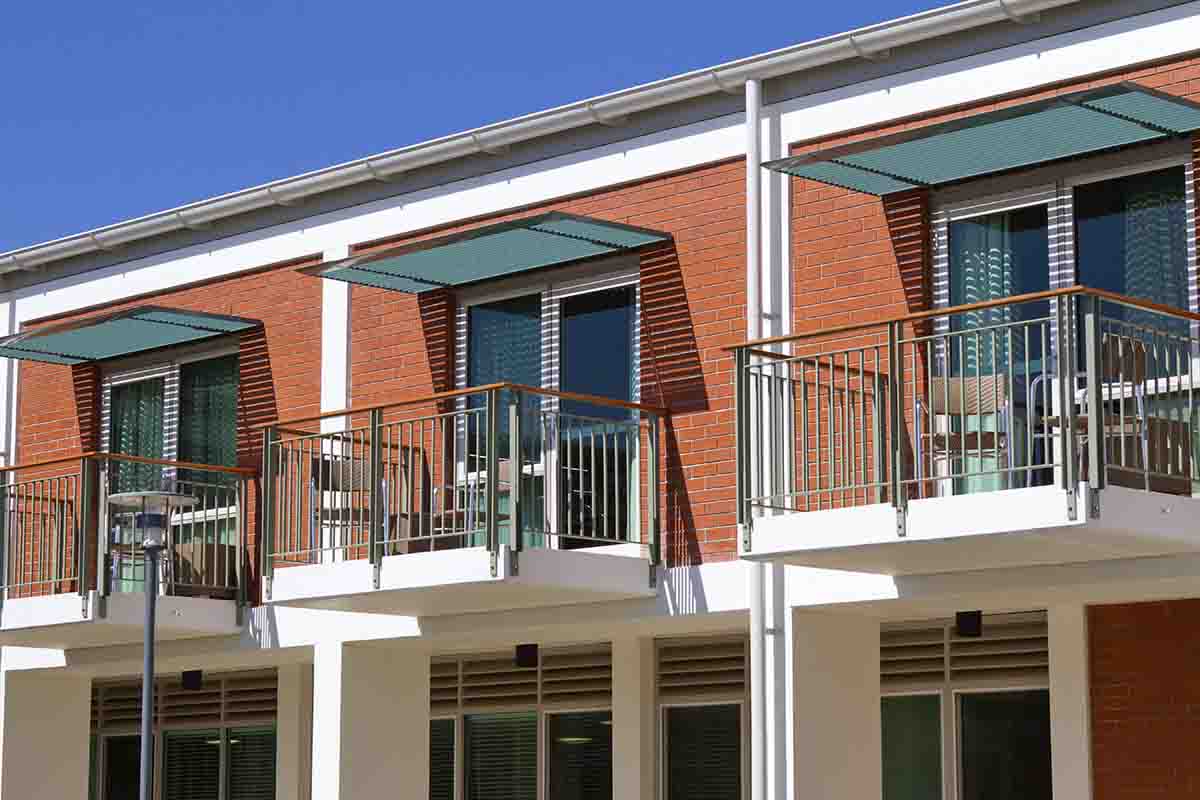 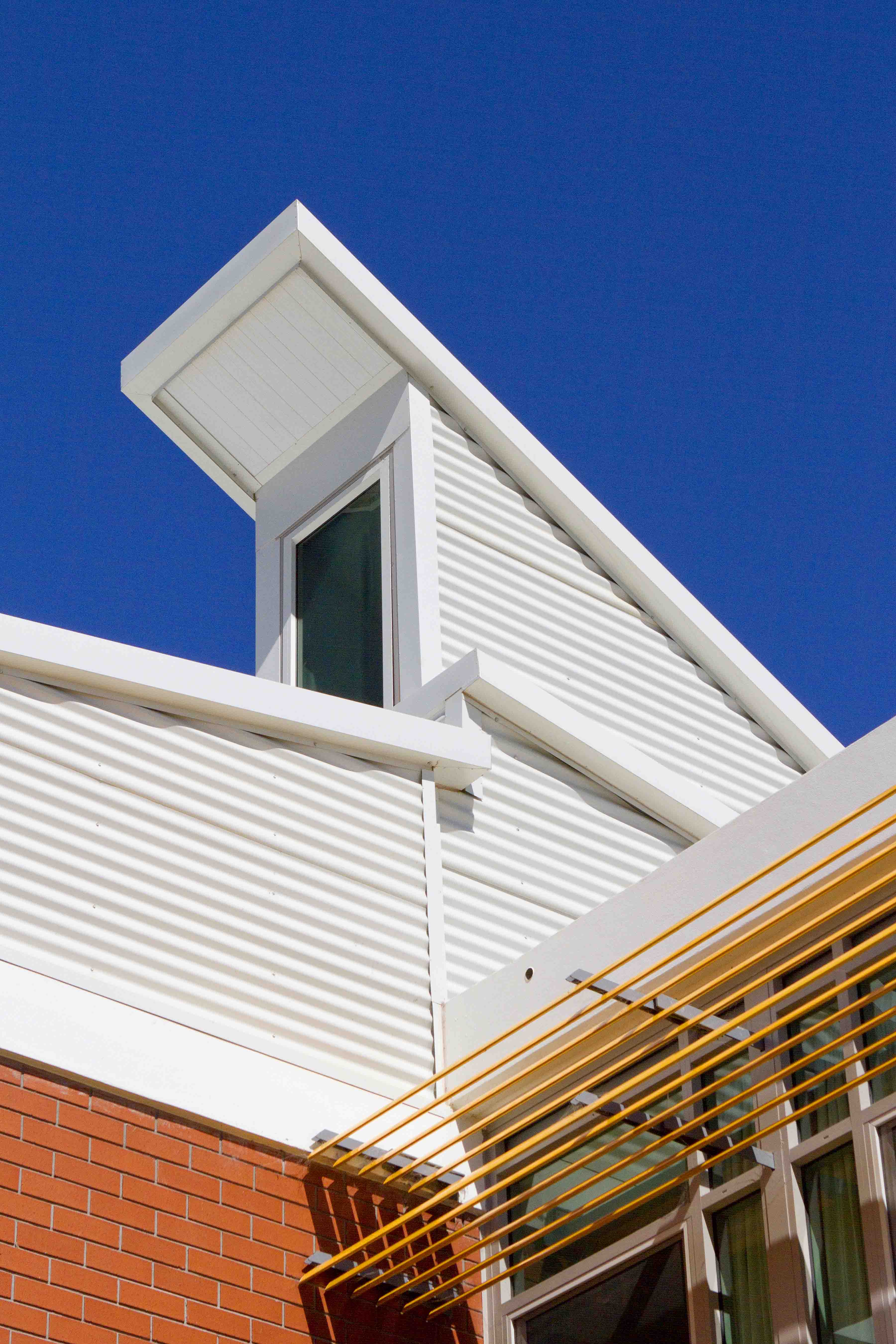 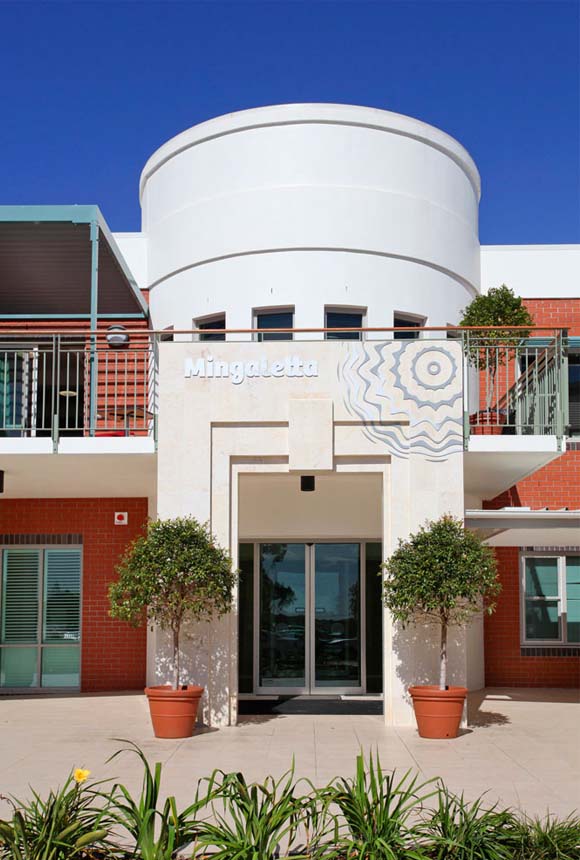 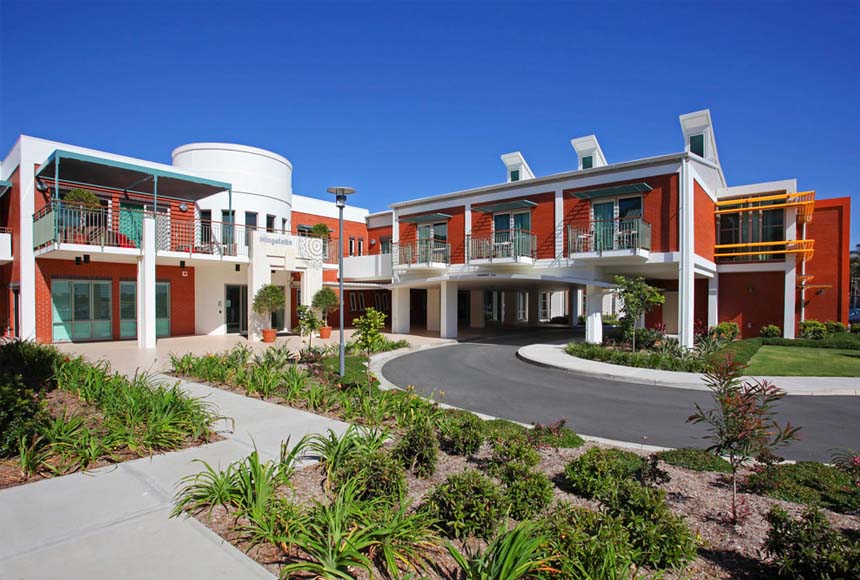 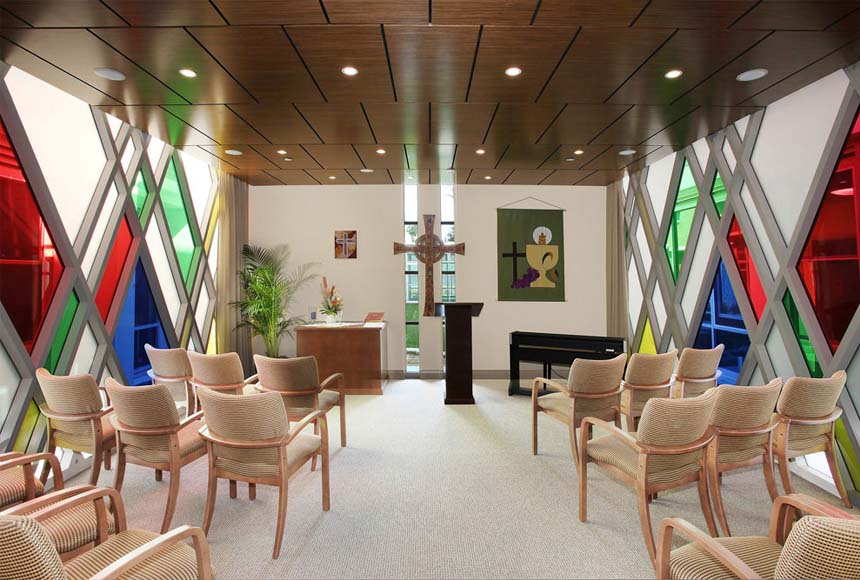 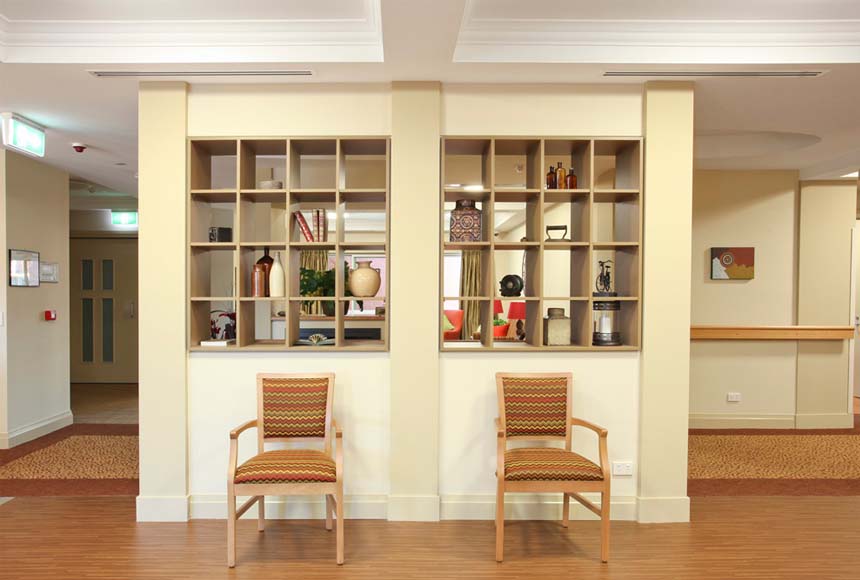 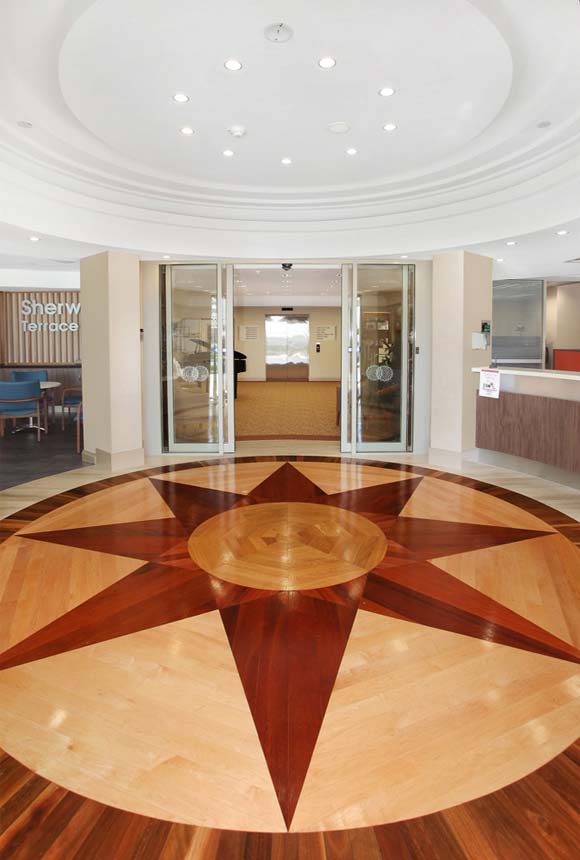 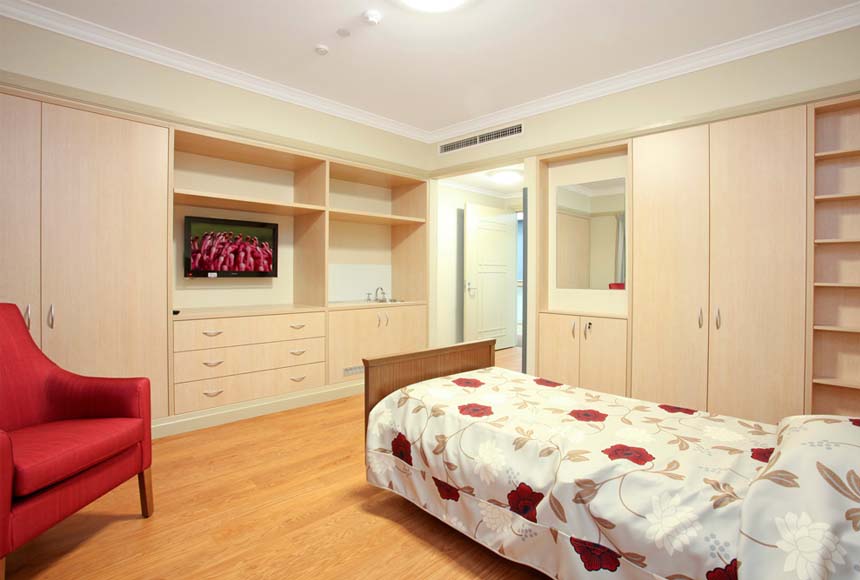 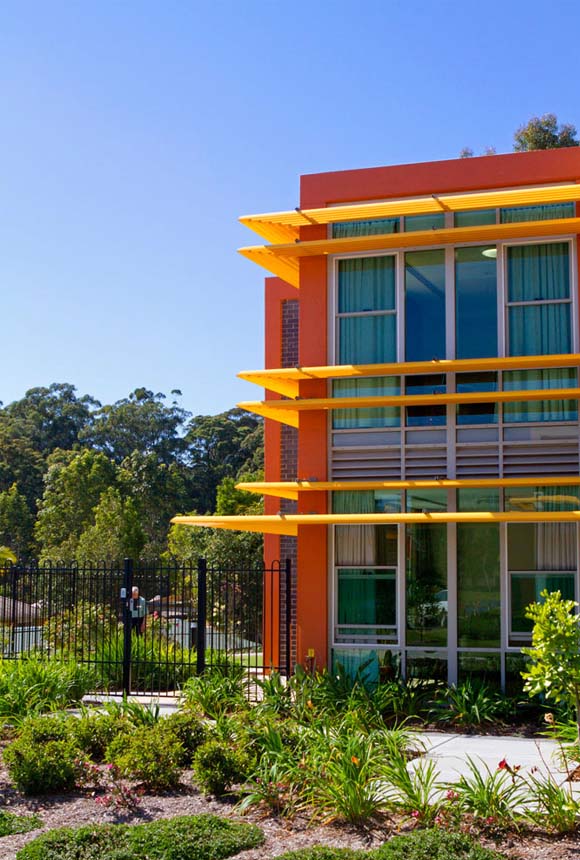 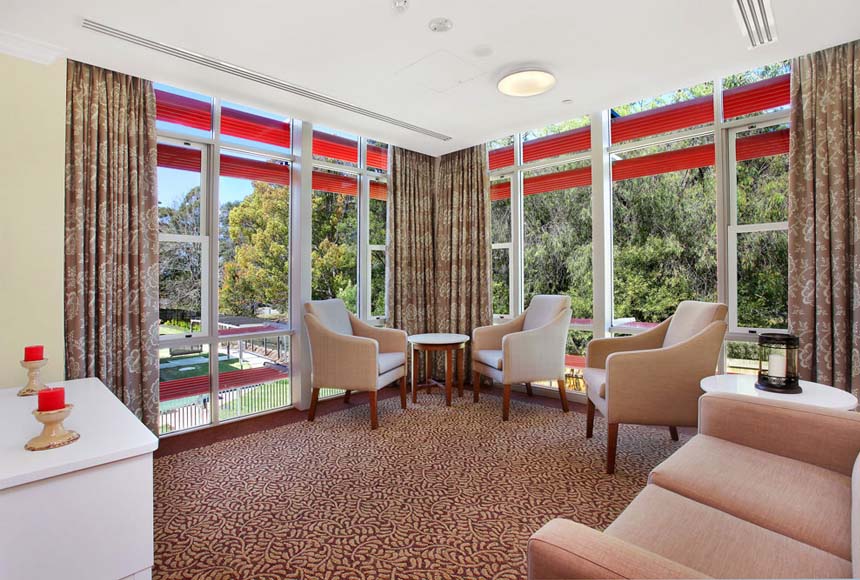 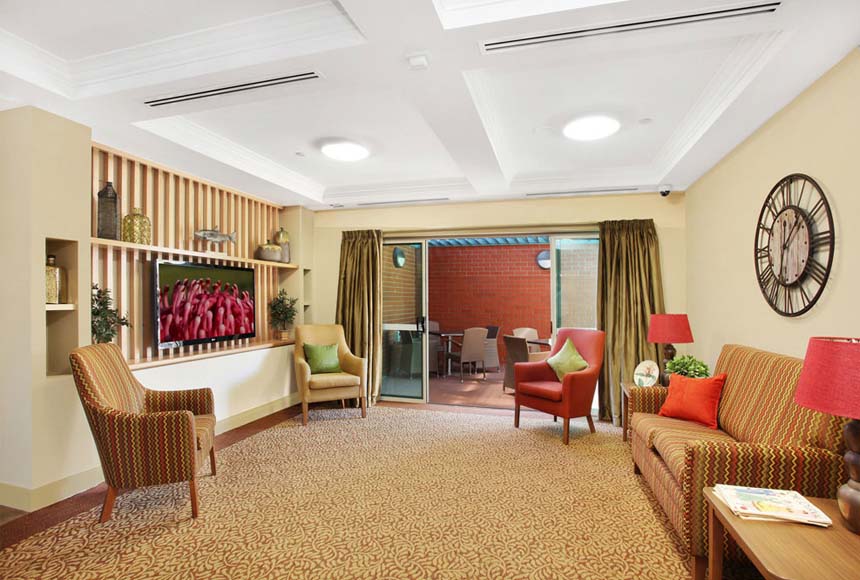 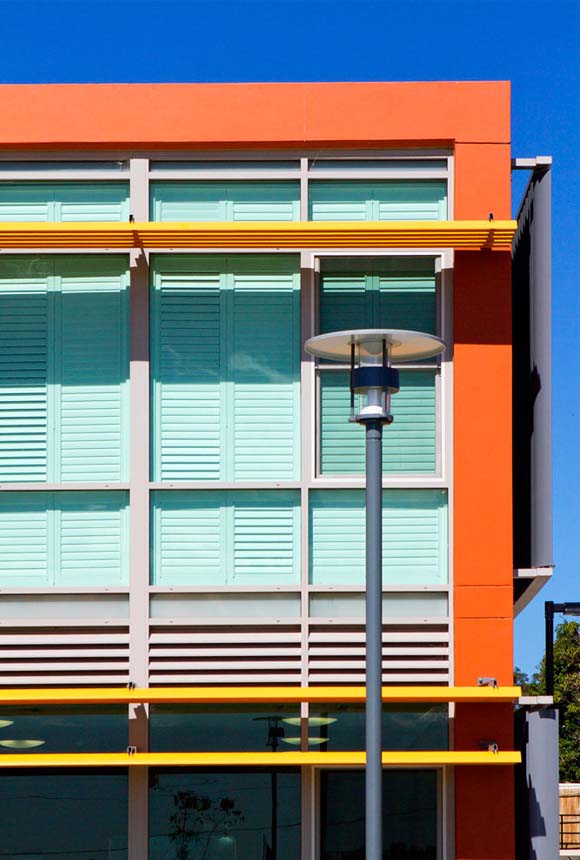 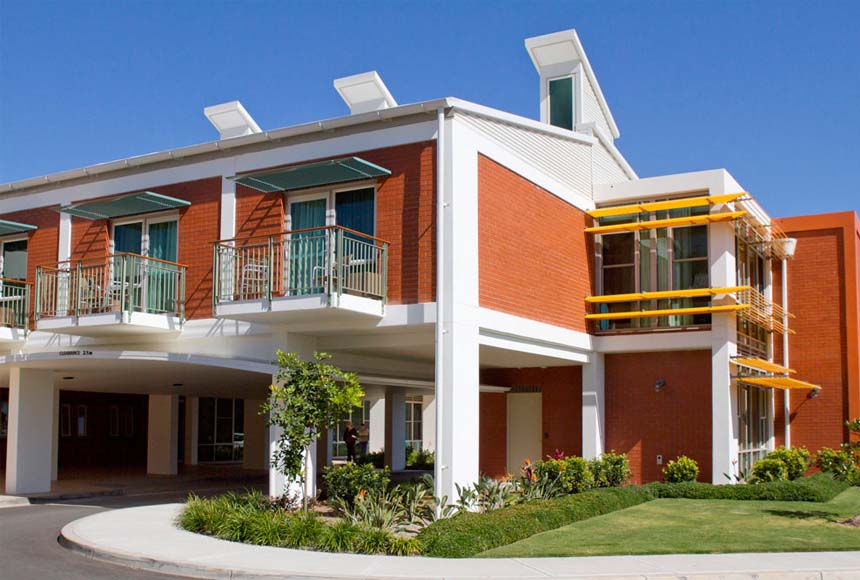 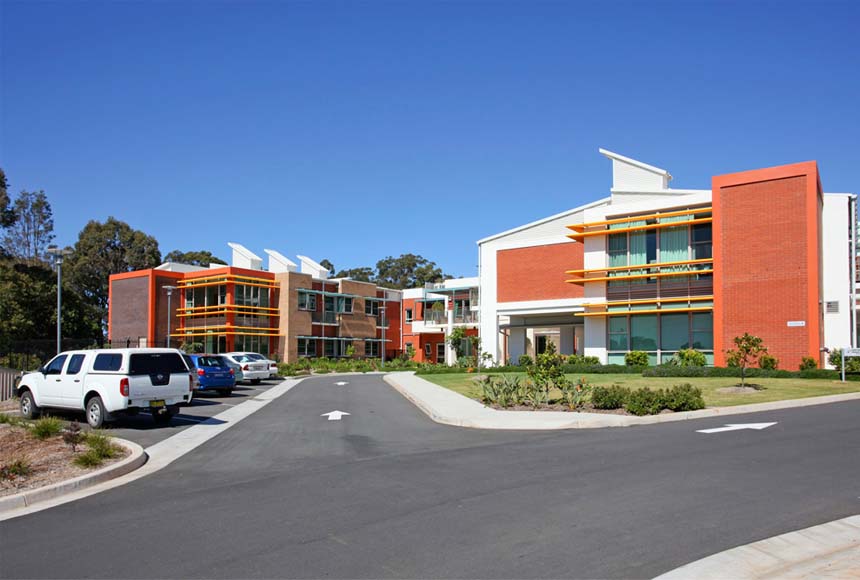 When UnitingCare Ageing saw the need to expanded their aged care bed numbers on the mid north coast of NSW.  They chose to develop two independent sites sites concurrently, one at Port Macquarie NSW, and a second, 100 kilometres further up the coast at Nambucca Heads.

The residential aged care facility at the Port Macquarie site, named “Mingaletta”, entailed 110 new single bed/ensuite resident rooms. The two sites were dramatically different topographically and with relationship to their town centres.  The Port Macquarie site was relatively flat and bordered by a highway on one side and a major arterial road on the other and was at some distance from the Port Macquarie town centre. Both facilities followed carefully UnitingCare Ageing’s recently implemented Service and Care models. The particulars of the individual sites necessitated individual responses to each facility. Mingaletta was accommodated comfortably on it’s flat site over 2 levels, the planning permitting the creation two quiet landscaped courtyards.  Both facilities became operational in early 2012.

Mingaletta was noted with the Architectural Award to Campbell Luscombe Architects given at the Australasian Over 50’s Housing Awards 2013 presented in Melbourne in Novemeber 2013.